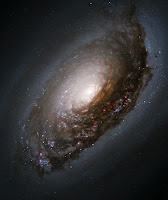 In his 8 November address to the Plenary Session of the Pontifical Academy of Sciences, Pope Benedict spoke of the "urgent need for continued dialogue and cooperation between the worlds of science and of faith in the building of a culture of respect for man, for human dignity and freedom, for the future of our human family and for the long-term sustainable development of our planet." He explained that


the sciences are not intellectual worlds disconnected from one another and from reality but rather that they are interconnected and directed to the study of nature as a unified, intelligible and harmonious reality in its undoubted complexity. Such a vision has fruitful points of contact with the view of the universe taken by Christian philosophy and theology, with its notion of participated being, in which each individual creature, possessed of its proper perfection, also shares in a specific nature and this within an ordered cosmos originating in God’s creative Word. It is precisely this inbuilt “logical” and “analogical” organization of nature that encourages scientific research and draws the human mind to discover the horizontal co-participation between beings and the transcendental participation by the First Being.

This is a point that is explored in my book Beauty for Truth's Sake, but has rarely been stated so clearly or succinctly. The Pope went on, in terms that echo the book by Barry R. Pearlman, A Certain Faith:


It is within this broader context that I would note how fruitful the use of analogy has proved for philosophy and theology, not simply as a tool of horizontal analysis of nature’s realities, but also as a stimulus to creative thinking on a higher transcendental plane. Precisely because of the notion of creation, Christian thought has employed analogy not only for the investigation of worldly realities, but also as a means of rising from the created order to the contemplation of its Creator, with due regard for the principle that God’s transcendence implies that every similarity with his creatures necessarily entails a greater dissimilarity: whereas the structure of the creature is that of being a being by participation, that of God is that of being a being by essence, or Esse subsistens.