In praise of tradition 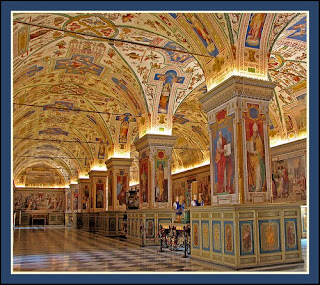 The word tradition derives from trans- "over" and dare "to give".  In every traditional society or civilization, a process takes place that can be called a “handing over” of the stories, the knowledge, the accumulated wisdom of one generation to the next. It is a handing over which makes each new generation into a source of wisdom for the one that will follow. What is handed over is a “gift”. It is not simply a bundle of property whose title deed is being transferred to the next generation. Rather, it carries within it something of the giver. Its transmission is an act of love. Thus the gift of tradition involves and transforms the interiority of both the giver and the recipient.

Tradition in the sense I am describing is of the highest value because it is not something we simply manufacture, nor something cooked up by our parents, but something our parents themselves have received with gratitude and respect. Its origin is what makes it sacred.  Some kind of revelation of truth, or what is believed to be a revelation, forms the seed of every great tradition. Tradition is venerated because of this. The moment we suspect that our tradition is based on a lie is the moment it loses its authority over us. Thus tradition is based on the act of faith. I adhere not simply because it has been handed down to me, but because I believe it is “true” (even if I cannot directly verify its truth for myself).

The receptivity proper to love makes possible the transmission of tradition from one generation to the next. And when that spirit is present, tradition is never felt like a dead weight on the present. Only a tradition that has lost this spirit can become a deadening force.

Photograph of the Vatican Library by Br Lawrence Lew OP, used with permission.