CGI Apocalypse: The Veiling of Nature

Will the world end with a bang, or just a whimper, as T.S. Eliot predicted? Or will nobody notice at all? An eerie silence, as everyone listens to an endless stream of digital music on their iPods. 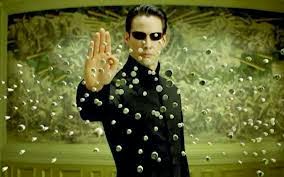 Gradually, step by step, with the advance of computer technology, real things are being replaced by images of things—pixels on a screen, Computer Generated Imagery, now 3-D printing… special earpieces enable us to talk to each other from miles away as we walk down the street. When I was growing up, people gesticulating and talking to themselves in public were called “mad” and we tended to avoid them. Now it is as common as those white wires dangling from our ears were a few years ago. Electronic spectacles, and no doubt before long implants directly into the brain, enable us to access the internet anywhere and anytime, superimposing a world of (largely) commercial information over the world perceived by our senses. Every twitch of the eyeball, everything we look at, will be recorded and analyzed to assist some giant corporation in selling something to us more effectively.

The natural world has been replaced by something else—something “better” because more under human control (which always means, as C.S. Lewis would have pointed out, control by one small group of humans over the rest). Step by step, we are moving closer to the possibility of the complete erasure of the world our ancestors knew. Is that a bad thing, or is it just the next stage in evolution, as the Transhumanists insist? Not bad, just different.

How do we judge? Well, there is always common sense, but that is fast vanishing too. We judge according to our conception of what the world is, and what we are, and why we are here in the world. If that conception has been correctly formed by tradition, intellect, and revelation, we will quickly detect all around us a new form of the perennial heresy sometimes called “Gnosticism.” The Gnostics believed that our true nature was spiritual, and our job on earth was to transcend and escape the material plane. The new form this takes is, first, the belief that what we are is consciousness, understood according to the information-processing model as some kind of software that can potentially be downloaded elsewhere. Secondly, apart from consciousness itself, what is real is whatever can be
presented to consciousness as input: that is, sensory “data.” The world may ultimately be broken down, not into atoms or elements or quanta of energy, but into something like “pixels” or units of information. These build up into the impressions of things that are the objects of our consciousness, constituting the other half of reality. (All of this was dramatized most effectively in The Matrix, a movie based on the old philosophical conundrum of the “brain in a vat.”) 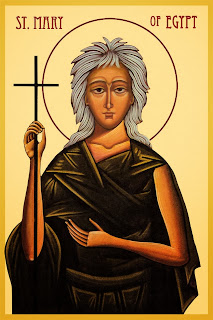 The difference between a hand-painted icon and a photographically reproduced holy picture (say of a saint) is instructive. The holy picture is an “abstracted image,” an effect or impression that can be produced in several different ways. The important thing about it is the end result—what it looks like to the observer. It might be on paper, on metal, or on a computer or TV screen. But the icon is different. It is prepared on wood, using clay, egg tempera, natural pigments, gold. Each of these materials has particular symbolic properties—here it is not just the end result that matters, but the materials of which the icon is made, and the prayer that accompanies each brush stroke. The reproduction aims to capture only the appearance. A contemporary iconographer writes, “Its artificial materials manifest mass production, the endlessly repeatable uniformity of consumer products, and, in short, the desacralized world of machines. Lacking craftsmanship, it is deficient in conveying the sacramental role of matter and its liturgical dimension, which presupposes the cooperation of human and divine energies.”

These days we even have photographs of our saints—at least the most recent ones—which can be multiplied indefinitely. It is perfectly possible to make use of a mechanical reproduction to direct one’s prayer to the saint depicted. Holy pictures portray holy people. But even a photograph, which takes us close to the physical appearance of the saint during life, separates us from the saint at the same time. The saint is living now, in heaven, and it is the icon that connects us with that reality. The photo recalls the past, a moment in time now gone, the appearance not the reality.

The abstracted image is certainly an aspect of reality, and as such can function as a reminder of someone. In a photo album that’s all we are looking for. But in an iconostasis something else is needed. It is not just the image but the medium of delivery, the way it is produced, that matters.

This difference represents a change going on in our civilization—a detachment from tradition, from nature, from the body—that undermines our appreciation of the symbolic properties of the material world, and the sense of a sacramental cosmos. Would it be stretching things to compare this with the separation of means from ends in ethics? It does matter how we get where we are going.

The free online book-review journal Humanum has recently placed online a new issue on the theme “Technology in the Home.” If the impact of new technology on the upbringing of our children interests you, please visit the site and see what is available. There are no final answers, but there is plenty of food for thought.