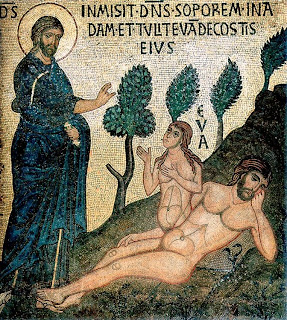 Catholic schools have a big problem when it comes to teaching about sexuality and ethics. Society at large, and the government that helps to determine the curriculum, have absorbed the modern view of body and soul as essentially separate from each other, and the body as an instrument of the mind that can be treated as we wish. This view is false, but has been accepted as common sense. The task of the Catholic school is now partly to show why it is false, and to offer an alternative – an alternative beautiful and coherent enough to convince, and strong enough to provide the foundation for a Catholic way of life. This is what Blessed John Paul II tried to do with his "Theology of the Body", founding a John Paul II Institute in each continent (under the Pontifical Lateran University) to teach and develop further his rich vision of Christian anthropology – in a sense tackling head-on one of the strongest forces behind the Culture of Death.

Since then many people have tried to simplify and express the basic principles of the Theology of the Body in more accessible, less academic terms. Dr Christopher West has become well known for this, although his approach has been criticized by some of the faculty of the John Paul II Institute, partly on the grounds that it lays too much emphasis on sexual experience per se. I do not propose to survey all the alternative resources available in the field of sex education or marriage prep, but here are two examples of courses based specifically on John Paul II that readers may find interesting.

Imago Dei has been developed by a former professor of the John Paul II Institute in Washington, DC, Dr Mary Shivanandan. In four seasons of six sessions each, her study guide, A New Language, takes participants through the scripture-based Theology of the Body to a joyful understanding of marriage, sexuality, consecrated celibacy, and single fidelity. A new element in the programme by Dr Jem Sullivan and Mary Ellen Bork will use works of art to help people understand the Church's teaching.

The Rich Gift of Love by Sister Jane Dominic Laurel OP and others – a collaboration between Newman Connection and Aquinas College – explores John Paul II's understanding of self-gift, loving through our bodies and doing it in the context of living for our families, our society and our culture.

I also recommend Called to Love by Jose Granados and Carl Anderson, a Study Guide to which can be downloaded from HERE, courtesy of the John Paul II Institute for Studies on Marriage and Family.