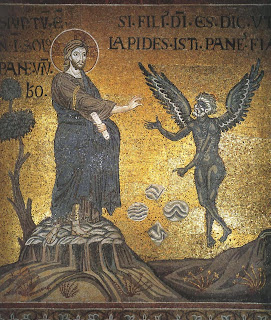 We all have limited time, and limited energy, and limited attention. The whole drift of modern technology is to reduce it further. Many dreamed it would free us for leisure – but we were not told it would dictate to us what our leisure would consist in: playing around on Facebook, posting images on Instagram or Pinterest, obsessively writing blog entries that no one will read, and catching up on viral videos. The trap is sprung, the rabbit caught, the lobster is in the basket. Every keystroke is recorded, and used to advertise another set of things we don't want or need.

How do we escape? What if there is no escape? Why do we assume there is always an escape? The answer is that unless we do, we will certainly never find it, or if we do, we won't recognize it for what it is.

There is perhaps an analogy here with what was happening in the days of the Roman Empire. The early Christians were drawn more and more into the lives of the City and losing their focus on the things of God, on the necessity of prayer and solitude. The reaction was an exodus, led by Antony and
others, into a new state of life – the consecrated life of the monk, lived apart from others (though not closed to them). Large numbers of men and women determined to renounce marriage, private property, and even their own will. Monasteries grew up around these hermits, both in the Eastern deserts and the rainy hills of Ireland. It was in such "intentional communities" that civilized life was preserved and a new culture arose. (To study the founding documents of this movement see William Fahey, Foundations of Western Monasticism.)

There is much talk today of reforming the religious life, but it tends to focus on the topic of obedience, especially obedience to Rome. More interesting would be a discussion of self-dispossession through asceticism and a renewed focus on service to others, whether through teaching and nursing or activities that previously did not exist. It would give a fresh look to the monastic tradition if monks were expected to give up TV and the internet, except under very strictly controlled conditions. Some do so already. But it is not just monks and nuns who need this new kind of asceticism, this withdrawal from the world, not of the High Street, but of cyberspace.

The modern way of life, a society driven by consumption and sustained by debt, was built on the systematic destruction of contemplation and the idea of vocation, from the dissolution of the monasteries onwards. It made the idea of being called to a way of life and a mission in God much harder to comprehend. (I am not excluding the possibility that a modern person may have a mission to evangelize through the internet – in fact I believe many do.) If the new information and social technologies are not merely accidental, but express the very essence of our world in this period of history, then our specific response to them will help to bring about a new period of history.

A new society would be based on  a new kind of civilized life – a life of concentration, the giving of time, and the devotion of attention to the Invisible. In a way, of course, this cannot be "new", since human nature remains constant and our temptations are always the same. "When the woman saw that the fruit of the tree was good for food, and pleasing to the eye, and also desirable for gaining wisdom, she took some and ate it" (Gen. 3:6). These are the three temptations Christ defeated in the wilderness. They are also the three temptations of the internet. They can only be defeated by a positive, not a negative force – by love, not fear. We obtain real food, true delight, and wisdom from Christ. Then we are ready to be sent on a mission, wherever the needs of our age require a response.