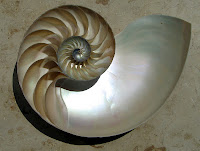 The range of studies that were later codified as the liberal arts are to be built on this double foundation, and they in turn are for the sake of our growth in true inner freedom, in preparation for the highest studies – the contemplation of God, in philosophy and theology. In the Laws, Plato calls the liberal arts studies for "gentlemen", although he specifies that even the "man in the
street" and "tiny tots" should be taught the rudiments. In this place he divides them into three, in addition to the music and dance discussed earlier: "(1) computation and the study of numbers; (2) measurements of lines, surfaces and solids; (3) the mutual relationship of the heavenly bodies as they revolve in their courses" (817e).

An education devised along these lines (not too slavishly, because Plato's proposed legislation can be rather oppressive) could be said to be based upon a spiral curriculum, since each of the essential elements are returned to again and again, each time at a higher level of development, until the gaze of man is entirely on God, through the ascending path of a dialectic that leads beyond argumentation towards contemplation.

The liberal arts are not for the sake of anything else; they are not vocational in any narrow sense. They contain their aim within themselves. Even the study of numbers and ability to measure is not strictly for the sake of the many practical applications to which these skills lend themselves. In themselves, taught in the right way and studied in the right spirit, they are really about harmony, proportion, beauty, and therefore they lead the mind to the source of all beauty.

These notes are intended to help readers engage with the text of Beauty in the Word.
NEXT: The Mother of the Liberal Arts.