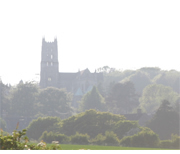 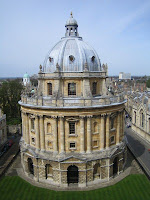 A Question of Humanity
From Reformation to Catholic Literary Revival

PROVISIONAL SCHEDULE
Details are subject to alteration; please check final version. Prices are as follows: full course residential £1,750 (or students £1,400). Non-residential rate: £80 per day, £50 for half a day. The residential rates include three meals a day at Downside, but only breakfast and lunch at St Benet’s Hall, as well as all accommodation. Fees cover tuition and excursions (except London, which involves extra costs). Good spoken English a requirement. Deposit: £300 by 8 April, balance by 1 June 2012.

Thursday 9th: The Age of Elizabeth through Shakespeare’s Eyes
Lady Oxford, the Countess of Oxford and Asquith (author of Shadowplay)

Monday 13th: Visit to Glastonbury, then Mells Manor as guests of Lady Oxford

Wednesday 15th: Visit to the Kilns, then Littlemore, with a seminar on the Marian thread in modern Catholic literature after Newman.

Thursday 16th: The Second Spring Sermon and its context
Historical tour of Oxford with John Whitehead. Lecture by Ian Ker.

Sunday 19th: Optional High Mass at Oratory at 11 am
Talk on C.S. Lewis after lunch at the Eagle and Child

NOTE. Readings for 9th and 10th August:
Shakespeare, Edward III (Acts I and II); The Rape of Lucrece; A Midsummer Night’s Dream; The Merchant of Venice; King Lear; Othello; The Winter’s Tale.
John Dryden, The Hind and the Panther: First Part.
John Donne, Satires
Velma Richmond, Shakespeare, Catholicism and Romance (Continuum)
Alison Shell, Catholicism, Controversy and the English Literary Imagination (Cambridge)
Thomas More, to the bishops who urged his presence at Anne Boleyn’s coronation in 1533:
‘Your Lordships have in the matter of matrimony hitherto kept yourselves pure virgins, yet take good heed my lords that you keep your virginity still. For some there be, that by procuring your lordships first at the coronation to be present, and next to preach for the setting forth of it, and finally to write books to all the world in defence thereof, are desirous to deflower you, and when they have deflowered you, then will they not fail soon after to devour you. Now my lords, it lieth not in my power but that they may devour me; but God being my good lord, I will provide that they shall never deflower me.’ (Yale edition of the Complete Works of Thomas More [1963-97], p. 59, quoted ODNB.)
Please note: these classes are for our registered residential students only.