When you read Beauty for Truth's Sake, you won't find much about evolution, except by implication. I mentioned this omission before, in an earlier posting triggered by a letter in the Catholic Herald. My own summary article about evolution is online here. Ignatius Press have a site dedicated to this question, called IntelligentProject.net, and they select the following passage from Pope Benedict, which goes to the heart of the question:

Christianity is faith in the Creator Spiritus, from whom comes everything that is real. Precisely this ought to give Christianity its philosophical power today, since the problem is whether the world comes from an irrational source, so that reason would be nothing but a "by-product" (perhaps even a harmful by-product) of the development of the world, or whether the world comes from reason, so that its criterion and its goal is reason. The Christian faith opts for this second thesis and has good arguments to back it up, even from a purely philosophical point of view, despite the fact that so many people today consider the first thesis the only "rational" and modern view. A reason that has its origin in the irrational and is itself ultimately irrational does not offer a solution to our problem. Only that creative reason which has manifested itself as love in the crucified God can truly show us what life is.


There is no question here of setting faith against reason. But the point about evolution is that it tends to transmogrify into "evolutionism", a Theory of Everything that purports to explain even religious faith as the product of material forces. If the evolution of species is more than just a theory, this ideology of evolutionism is less than a theory; it is an hypothesis, and a poorly grounded one. People believe it mainly for the reason that they cannot see any alternative type of explanation as even possible. More on this phenomenon another time.

Queen of the Sciences

Here is a passage from Fr Robert Barron's wonderful book The Priority of Christ (pp. 155-6):

In the thirteenth century, Bonaventure maintained that all of the non-theological arts and sciences taught in the university find their proper center in theology, that science which speaks directly of Christ the Logos. As the rationality of God the creator, Christ is the physical, mathematical, and metaphysical center of the universe and hence the point of orientation for all of the sciences dealing with those dimensions.

In the nineteenth-century, at the high-water mark of modern foundationalism, John Henry Newman felt compelled to call for the re-insertion of theology within the circle of university disciplines. Following the inner logic of Christian revelation, Newman, like Bonaventure, saw that theology not only should be around the table, but must be the centering element in the conversation, precisely because it alone speaks of the creator God who is metaphysically implicit in all finite existence.

A few lines later he adds: "Newman saw that once theology is displaced, some other discipline necessarily takes its position at the center and thereby disturbs the proper harmony among the sciences, for no other discipline has the range or inclusiveness properly to hold the center."

The same argument is made powerfully in Alasdair MacIntyre's recent book, God, Philosophy, Universities. But what is this "proper" harmony that Barron appeals to? Why is only theology capable of "holding the center"? The point is that, while theology cannot determine the methods or content of the individual sciences, it alone is concerned with that which transcends them all. It is a place-holder for that which connects everything - for what Barron terms "co-inherent relationality." Theology as a formal discipline is a quest for that relationality. Without it, rationality itself fragments and falls apart.

Icon by Solrunn Nes (www.icon-painting.com). "Just as the Virgin was called to offer herself entirely as human being and as woman that God's Word might take flesh and come among us, so too philosophy is called to offer its rational and critical resources that theology, as the understanding of faith, may be fruitful and creative. And just as in giving her assent to Gabriel's word, Mary lost nothing of her true humanity and freedom, so too when philosophy heeds the summons of the Gospel's truth its autonomy is in no way impaired. Indeed, it is then that philosophy sees all its enquiries rise to their highest expression" (John Paul II, Fides et Ratio, 108).

I thought it would be worth drawing attention to some notable new initiatives in education. First, the Living Water College of the Arts in Alberta, Canada. This is committed to the training and development of Christian artists across a wide range of genres including theatre and film. Second, the C.S. Lewis Foundation in California has announced the creation of C.S. Lewis College in Northfield, Massachusetts dedicated to "mere Christianity". Third, there is the Theotokos Institute for Catholic Studies at St David's Catholic sixth-form College in Wales, dedicated to "theology before division" (of the Christian east and West, that is). Fourth, from within the Orthodox tradition, the Cappadocian House of Studies in Art and Nature (at the moment more of an aspiration than an actual House). Fifth, here in Oxford the demise of the Franciscan Hall of the university last year, Greyfriars, has led to two new initiatives - St Bede's Hall and the Centre for Franciscan Studies, which is currently sponsoring a series of lectures in the Taylorian (mine is on 24 May).

And, of course, I have already mentioned what is going on at Thomas More College with David Clayton's "Way of Beauty", and the work of pioneer educationalist Michael Schneider. When I hear of other relevant projects I will mention them in future postings. [Here is one added later: the Ignatius-Angelicum Liberal Studies Program started by Fr Joseph Fessio SJ. The announcement in May 2010 reads "Ignatius Press and Angelicum Great Books Program have joined with cooperating colleges in the US, Australia, and Europe, to launch the Ignatius-Angelicum Liberal Studies Program (LSP), an online course of studies combining the best of home and distance learning with live, online classes."]
1 comment: 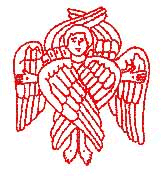 Charlotte Ostermann recently reminded me of a wonderful passage in St Bonaventure that sums up the ancient understanding of how mathematics leads us to God:

"...since beauty and delight do not exist without proportion, and since proportion exists primarily in numbers, all things are subject to number. Hence 'number is the principal exemplar in the mind of the Creator,' and in things, the principal vestige leading to Wisdom. And since number is most evident to all and very close to God, it leads us, by its sevenfold distinction, very close to Him; it makes Him known in all bodily and visible things when we apprehend numerical things, when we delight in numerical proportions, and when we judge irrefutably by the laws of numerical proportions." - St Bonaventure, The Journey of the Mind to God.

Sitting in a meeting recently with a group of people each of whom was staring down into one or other electronic gadget, the following quotation came to mind:

“In our contemporary world it may be said that the more a man becomes dependent on the gadgets whose smooth functioning assures him of a tolerable life at the material level, the more estranged he becomes from an awareness of his inner reality. I should be tempted to say that the centre of gravity of such a man and his balancing point tend to become external to himself: that he projects himself more and more into objects, into the various pieces of apparatus on which he depends for his existence. It would be no exaggeration to say that the more progress ‘humanity’ as an abstraction makes towards the mastery of nature, the more actual individual men tend to become slaves of this very conquest.” – Gabriel Marcel, Men against Humanity (London: Harvill Press, 1952)

Technology is far from neutral, as it is frequently assumed to be in both popular and scholarly writings on this subject. “The medium is the message” (McLuhan), and a technology is not simply a technique that may be employed for good or ill. It bears within itself a value system and a worldview - perhaps even a metaphysics and a theology. Telephone, television and the internet, for example, change our sense of space and time, and have a variety of effects on the relationships within the family and the wider social community. Some of these effects will be humanly beneficial, others less so, but an assessment of the technology is not possible without paying attention to the overall pattern of these effects, and to the purpose or function of the technology in relation to the purpose of human life itself. In what respect is a given tool actually serving the true end of man?

As a matter of fact, I think the portable computers we all use now are a great boon, and I could hardly do without mine. But this does not stop me noticing that this very dependence is a kind of warning sign. We are addicted to technological change in a much more serious way than simply psychologically. This makes “technology assessment” impractical, to say the least. We are running too fast to stop and assess anything – if we are not to stumble over our own feet and be left behind in the race, we have to assume we are running in the right direction.

In his classic work, The Abolition of Man, C.S. Lewis compares the Baconian scientist with Goethe’s Faustus. “For the wise men of old the cardinal problem had been how to conform the soul to reality, and the solution had been knowledge, self-discipline, and virtue. For magic and applied science alike the problem is how to subdue reality to the wishes of men: the solution is a technique; and both, in the practice of this technique, are ready to do things hitherto regarded as disgusting and impious - such as digging up and mutilating the dead.”

But Lewis is no Luddite. He thinks another kind of science and technology is possible. He goes on, “The regenerate science I have in mind would not do even to minerals and vegetables what modern science threatens to do to man himself.” Goethe and the Romantics were on to something. My book is trying to point in that direction, to encourage us to reflect on the elimination of formal and final causes from science, and the disconnectedness of our lives, and to begin to imagine another way of doing business, another way of making scientific progress – a “regenerate” science, perhaps.

Image by Giovanni Sades from FreeDigitalPhotos.net
No comments:

Labels: progress, science, technology
Newer Posts Older Posts Home
Subscribe to: Posts (Atom)
This is a blog by Stratford Caldecott for secondspring.co.uk. All rights are reserved. Click on the covers below for more information. For a list of all books by Stratford, go HERE. FOR STRATFORD'S OTHER BLOG GO HERE.