I love it when New Scientist tackles the big questions. This week it is "What is Reality?" There is a new humility in science, it seems. Many scientists will now admit that we just don't know the answer to the question. Reductionism is no longer convincing. You can examine ever smaller components of the material world (so far we have boiled it down to quarks, leptons, and bosons), only to discover that there may be no bottom level, or that if there is, it is well beyond the reach of observation (minute vibrating strings in several extra dimensions).

More importantly, since everything from the most elementary particles to the objects we see around us with the naked eye can be described in terms of "wave functions" or waves of probability, existing in a "superposition" of contradictory states until the function is "collapsed" by the act of observation, it seems that the consciousness of an observer has re-emerged as a determining factor in reality itself. Max Planck, the founder of quantum theory, said in 1931, "I regard matter as derivative from consciousness." The

Beauty won't save the world alone

The title of Gregory Wolfe’s excellent collection of essays, Beauty Will Save the World, is based on a much-quoted line from Dostoevsky’s The Idiot. In its context it appears only in indirect speech, being attributed by one of the other characters to the “Idiot” of the title, Prince Myshkin. Thus in its original context its meaning is ambiguous, or at least ill-defined. That makes it doubly appropriate for Greg’s title, since he is arguing against the “ideologues” of today’s culture wars in favour of a literary and imaginative approach to the truth. Conservatives have succumbed to philistinism, and fail to appreciate modern art, he argues. Great literature, and art in general, explores the world – and today that means the modern world – from

An article I recommend by Trent Beattie featuring an interview with Margaret Laracy on the nature, objectivity, and effects of beauty.
No comments:

Companions for the Year of Faith

The coming Year of Faith (11 October 2012 to 24 November 2013) is a great opportunity to refresh our understanding of the Catholic faith, and strengthen our confidence in it. There are plenty of books I could recommend, beginning obviously with The Magnificat Year of Faith Companion. This is a superb pocket-sized compendium of wonderful spiritual reading for the whole year. Timothy Radcliffe's Why Go to Mass? is still an encouraging (and amusing) read. Henri de Lubac's The Discovery of God could melt the heart of the most decided atheist. CTS have some great booklets for the Year of Faith and more on the way. And for a rich and robust apologetics taking you all the way from natural reason via sound scriptural analysis to the heights of mystical experience get hold of Barry R. Pearlman's A Certain Faith, on behalf of which I am waging something of a one-man campaign (do join me!). I will be reviewing this in the upcoming Second Spring.
No comments:

A view of British children

An article by Anthony Daniels in the Telegraph newspaper (7 Sept. 2012) presented a rather sad view of the situation of many children in modern Britain. Here is a section of the piece:


British children are by far the fattest in Europe (three times as many of them as in France are truly obese), and even among the fattest in the world. A very high percentage of them never, or only very rarely, eat a meal at a table with other members of 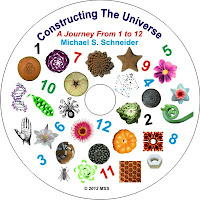 Michael S. Schneider's wonderful work A Beginner's Guide to Constructing the Universe, which I recommended in Beauty for Truth's Sake, is linked to a lot of classroom teaching that Michael has done over the years. This has now been captured in his superb DVD called Constructing the Universe, which could be an important resource for teachers and parents seeking to get their children and pupils interested in the properties and transformations of numbers and shapes, and the way these patterns underlie the forms and processes of the natural world. Modestly he says, "This DVD wasn’t made directly for youngsters but for adults who might enjoy seeing a philosophical approach to numbers, culture and the universe. It's a modern take on traditional mathematical cosmology weaving numbers, shapes, proportions, nature, art, mythology and symbolism into a whole united by mathematics. I think it would be a bit much for most youngsters, although there are some sections they might enjoy seeing. Perhaps high schoolers with an interest in math and these ideas might appreciate it." That is surely an understatement. Well worth trying out!
No comments:

Effects of the Reformation 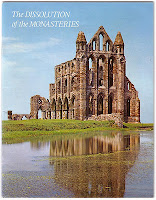 Part of our recent Summer School was about the effects of the English Reformation and the dissolution of the monasteries – not just the effects on Roman Catholics, who now entered into a period of savage repression and iconoclasm, but the effects on the economy and society of England as a whole. The destruction of much of the fabric of civil society, on which the working classes and the poor depended, created a new kind of poverty and a new society, simultaneously laying the foundations of modern international finance and the wages system. A useful summary of all this can be read in a recent issue of The Social Crediter (read Parts 3 and 3).
3 comments: