Are women more beautiful than men? 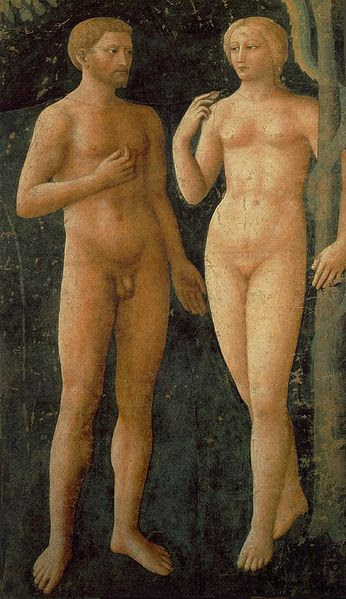 In ancient thought, it was often assumed that the male of our species is more beautiful than the female. Certainly this was the assumption in Greece, and Plato’s dialogues reflect a virtual cult of male beauty. However, I think I have theological proof to confirm my longstanding suspicion that woman are more beautiful than men. See what you make of it.

According to John Paul II’s theology of the body, discussed in the latest issue of Second Spring, the real source and meaning of gender lies in the Trinity. The Trinity is love, which means self-gift. Love includes within it both activity and receptivity, and it is an act that necessarily involves three Persons. We might say the Father is the divine nature as Giver, the Son is that same divine nature as Receiver (and then, as Receiver, in turn a Giver, since he is the perfect image of the Father), and the Holy Spirit is the divine nature as Gift. (John Paul II names the Holy Spirit in his encyclical Dominum et Vivificantem “Person-Gift”.) Thus the Spirit is Gift, both given and received, and unites Father and Son in the act of giving.

In the creation, Woman is brought to Man precisely as “gift”, crowning the gift of creation in general, which has been made for him. Woman is brought to man not just as wife but as friend, sister and eventually mother as well, all rolled into one in a way that will never again be the case until the advent of the Virgin Mary, who will form with her Son the new beginning of the human race. (In fact the original gift of Woman could be said to include – obscurely and distantly – the gift of Christ himself, who will descend from her in the fullness of time.) Here in this moment of creation Adam represents the Son, the Receiver of the Father’s Gift, and Eve the Holy Spirit, or that which the Father gives. (Perhaps this is why St Maximilian Kolbe describes Mary, the Second Eve, as a "quasi-incarnation" of the Holy Spirit.) She is the breath of life, the living essence of the man, taken out of him and returned in the one form in which he can find himself in his own solitude – that is, in the form of another person to whom he can give himself.

The nature of Woman, then, the deepest meaning of her gender, is to be Gift for Man, to manifest the Spirit, just as the deepest nature of Man is to be the Receiver of the Gift, and to manifest the Son to her. Thus femininity in its totality, at its deepest level, is the essence of humanity made visible to itself as the definitive beauty and glory of creation. (Similarly the essence of masculinity consists in the loving response to this gift which awakens Woman to her own self.)

I thought readers might like to know about an article by Brad Birzer (author of a good book on Christopher Dawson) over on the "Imaginative Conservative" blog concerning the importance of the Liberal Arts revival for the future of Western civilization: What Might Help Hold Us Together. Also recommended is The End of Literature by Ben Lockerd.

Barbara J. Elliott writes on the same blog. In her The Power of Beauty, she says:


Art has the twin functions of reflecting a culture and shaping it. The problem that contemporary artists face is a difficult one: how to express meaning to a world which has become culturally over-stimulated by the spectacular, hyper-sexualized, dumbed-down by inanity, and increasingly antagonistic to manifestations of Christianity. Some of the artists who are here this week struggle to believe that the vocation as an artist – especially a Christian artist – has any meaning or value at all. They are at the edge of redefining and creating anew with moral imagination a vision of the True, the Good and the Beautiful that has been all but exterminated in Western culture.

She goes on to analyse the defects and influence of modernism in the arts, and calls for a "second culture". I get nervous when words like "conservative" are used as labels, so it is worth mentioning that these guys are in the tradition of Russell Kirk, Christopher Dawson and T.S. Eliot.
No comments: