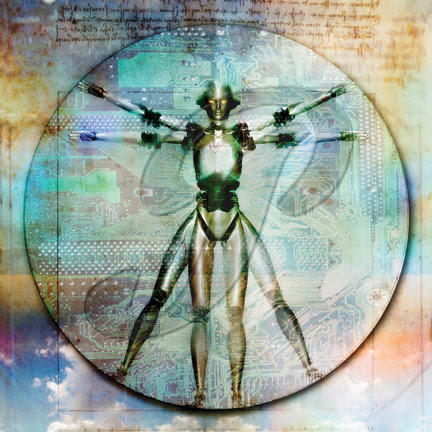 Lord Rees, the Astronomer Royal and former President of the Royal Society writes in an article about manned spaceflight in the Daily Telegraph (10 January):


"Even though manned spaceflight will be a diminishing priority for governments, I believe and hope that some people now living will walk on Mars (though they may well go with one-way tickets). Moreover, a century or two from now, intrepid adventurers may be living independently from the Earth. Whatever ethical constraints we impose here on the ground, we should surely wish such pioneers good luck in genetically modifying their progeny to adapt to alien environments.

"Indeed, this might be the first step towards divergence into a new species: the beginning of the post-human era. Meanwhile, machines of human-like intelligence could spread still further into the stars. Whether the distant future lies with organic post-humans or with such intelligent machines is a matter for debate – but these prospects remind us that we may be near the beginning of a cultural and technological evolution that will continue not only here on Earth, but far beyond."

The emphasis is mine. Meanwhile, one of the most horrifying articles in a
recent issue of the RSA Journal is called "Self-Created". It comes from a "transhumanist" who predicts:


"we will modify ourselves to work in a way that is smarter, better and faster. History is the story of human liberation, and design will take us to a new frontier whereby we can liberate ourselves from our very identities... To self-design will be to self-create. New jobs will arise, and modifications will become conditions of employment."

He concludes: "Self-modification will start as tragedy. There will be sad grotesques. But with the tools and the intent, we can design our own personalities. The definition of ‘human’ will expand. Our children’s children will look nothing like us. And that will be by design."

The article exemplifies an attitude that is increasingly common in a secular age, where a sense of the sacred has become attenuated or distorted or lost altogether. If we are merely the material products of evolution, why not take over from the blind accidental processes of natural selection and design ourselves to be the way we'd like to be? What could be wrong with that? Sure, there will be some collateral damage – what the article calls "sad grotesques" – but you can't make an omelette without breaking eggs.

It is an attitude founded in the fantasies of the ego. Against it stands an attitude founded in reality – the reality of the world and of human nature. The world comes from a mysterious source over which we have no control. It is sheer gift. Conscious life, too, comes from this same mysterious source of Being, which cannot therefore be less than conscious itself. The profound reasons why science and technology should not ignore or usurp this "source", reducing organism to artifact, are laid out in a paper by Michael Hanby, from the Summer 2011 issue of Communio.