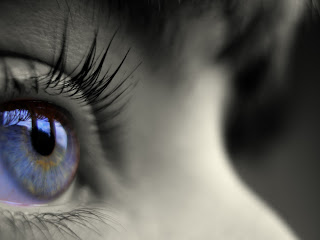 Catholic philosophers such as Thomas Aquinas have a theory of knowledge. In one way, it is quite close to modern empiricism. It says we base our knowledge on what the senses reveal to us. (Nihil in intellectu quod non fuit prius in sensu.) But it is what we do with what the senses give us that make it interesting. The Thomistic theory says that we subject it to a process of
“abstraction”. This means that we extract from it universal archetypes or “forms” – so, for example, in a certain red and fragrant confusion we discern the form of a rose. It is this form, combined with matter, that makes the rose a thing. The form is real, and without it neither our knowledge of the rose nor the rose itself would exist.

Like a house illuminated by natural light from the five windows of the senses, our soul receives information from outside. But how do we “process” this information? How do we arrive at the forms that enable us to identify what we see, the constants and universals that enable us to recognize a flower or a tree, a cat or a dog? The Thomistic philosophers, basing themselves on a controversial passage by Aristotle, are not much help. They say we abstract the form by the light of the active intellect, which is then received by the passive intellect. Knowledge happens in us when the passive intellect thus becomes identified or united with the thing known.

But there is no explanation of this “light” of the active intellect or how it works. The description I have given, based on what St Thomas says, is a series of metaphors. (He is obviously not speaking of natural “light.’) Why could the active intellect not be understood in more Platonic terms, as the forms themselves present in the memory of the soul? Then in order to recognize a rose or a tree all we would have to do is match what we have received through the senses to the imprint of the forms within ourselves.

The difficulty now lies in understanding the nature of this “memory of the soul,” which is not the same as our memory of what the senses perceive. But this is no more difficult than understanding the “light” of the active intellect. Nor does it mean that we perceive the forms directly – let alone God directly – in this life. In fact, our knowledge of these forms is obscure and confused, but that is enough to enable us to see an ordered world of distinct and distinctive creatures.

It may even be exactly the same thing that the scholastics are talking about—the light of the agent intellect. In the primordial contact with our Creator, when he breathes into us the breath of life, we acquire this source of light within ourselves. It is an image of the Son of God himself, who is the locus and synthesis and source of all forms, the archetype of archetypes. Thus to “know” anything in this world is to recognize in it some facet or glimmer of that primordial light, that supreme form, which one day we shall see face to face.

Being itself is radiant, is a kind of light. This light is love, the act of self-giving. It is the spark at the beginning of our existence, the point where our existence continually flows out of God in his creative act. We are from the beginning a form individuated by matter, preserving within our depths the luminosity of the idea in which God sees us and we shall see him. Writers in the Augustinian tradition sometimes call this spark the “eye of the soul” or of the heart, the apex mentis, the “cutting edge” of the soul, but it is simply the highest part of the intellect, and it is implicit in everything we know.